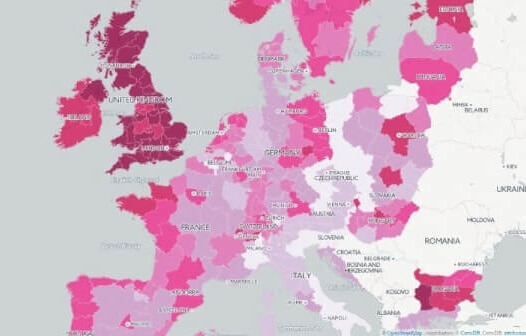 Universities have unique attributes that make them important and effective contributors to growth and social well-being. Our rich histories help us take the long-term view. Our pursuit of excellence provides the talent, research and ideas to drive forward growth and enable the knowledge economy to flourish. And the value we place on diversity helps create partnerships across cities, regions and countries, building the social and economic ties that bring us together and make us stronger than the sum of our parts.

However, we find ourselves in the midst of a perfect storm. Our future is under threat due to a combination of fiscal short-sightedness, an immigration debate driven by fear and emotion, and a slow erosion of universities’ autonomy.

Let’s look at each of these threats in closer detail. First, funding. Let me focus on one issue: the plan to divert €2.7bn out of the Horizon 2020 budget to a new European Fund for Strategic Investment. In the current global economic climate, investment in growth and jobs is crucial, but cutting the research budget is not the solution.

Economic growth is dependent on research and innovation. So less investment means less innovation. Less innovation means fewer jobs. And fewer jobs mean more hardship for people and communities. The result: Europe as a region will be weakened, at a time when our global competitors are increasing their investment in knowledge production.

Horizon 2020 is an excellent, evidence-based framework born out of widespread consultation. Diverting money from a proven funding model makes no sense.

Second, we must have a sensible debate about the UK’s contribution to, and membership of, the European Union. There are so many reasons why this is important, but let me give you some that are personal. My parents were victims of European conflict, captured in Eastern Poland at the outbreak of the Second World War and incarcerated in Siberia. After being released, journeying across Asia and fighting in Italy, my parents chose to settle in the United Kingdom in 1947, as to return to their native Poland was fraught with peril. Without the UK’s historically open and positive attitude to immigrants, I would not be standing here in front of you today.

So it alarms and disappoints me to hear the way immigration is discussed in the media and across the political spectrum. Migration and freedom of movement have always played a revitalising role in ‘receiving’ economies. Nowhere is this more true than in our Universities. Highly mobile and ambitious, our international postgraduate and post-doctoral communities are the engine of our research output. Make it difficult or unattractive for them to work with us, and they will take their talents elsewhere. The UK’s future, as a member of the EU, cannot be decided by an intemperate, ill-defined and ill-informed debate on immigration.

I believe the UK’s future lies at the heart of the EU. For Universities, EU funding alone is too important to be sacrificed for short-term electoral success.

The third threat to universities involves the erosion of our autonomy – at both the individual and institutional level.

The cumulative effect of fundamental research is often unpredictable and not easily quantifiable. It does not fit funding cycles, or centrally ordained research themes and strategies. But it is this cumulative effect that leads to the big breakthroughs, and this wouldn’t be possible without the proper protection of university and academic autonomy.

So there are important choices to be made by all of those who can shape the future of higher education. Support universities, or put at risk the things that matter most to ordinary people. Jobs. Prosperity. Freedom. Health. Opportunities.

Put in place strong funding streams that support autonomous intellectual inquiry and grand challenge projects. These, not top-down, government-backed strategies, are the root of innovation.

This is a critical time for Europe. We need to have the confidence to think globally, and gain strength from the power of collective endeavour. The rewards far exceed our ability to act alone.